Not all people claiming to be Christians are authentic!

The most subtle stratagem ever devised by Satan to deceive and mislead people, is that of leading genuine Christians to practice a sham Christianity that the entire world can see. Even though we use all the right terms and behave in a proper orthodox manner, it can result in repelling people from Christ rather than attracting people to Christ. 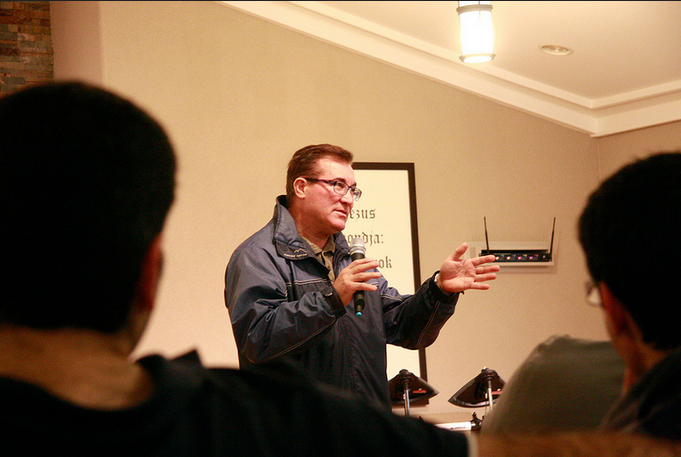 The Christianity of Jesus and Paul

This is authentic Christian living in its purest and most consistent form. Many people have a problem understanding, applying, and identifying with the Christianity of Jesus because they feel that Jesus, being the Son of God, has an edge over the rest of us.

“Sure, Jesus was undoubtedly human… but He was also God. From His divine side He drew supernatural power to resist evil and achieve great things in a way I could never do.”

Yes, Jesus was fully God–but we must never forget that He was also fully human, with all the limitations that go with our humanity.

We can live our lives as He lived His, empowered by the same Holy Spirit! Here are a few passages which commend Jesus to us as an example we can and should follow on a practical daily basis:

Every time we fail in our pursuit of that goal we simply go back to God for forgiveness and restoration and He puts us back on the road to our goal once again.

“Have this mind among yourselves, which is yours in Christ Jesus,[a] 6 who, though he was in the form of God, did not count equality with God a thing to be grasped, 7 but emptied himself, by taking the form of a servant,[b] being born in the likeness of men. 8 And being found in human form, he humbled himself by becoming obedient to the point of death, even death on a cross.” (Philippians 2:5-8)

Note that key phrase: Jesus emptied Himself! He set aside the prerogatives and powers of Godhood in order to fully identify with us. He approached life the same way you and I must approach it: living in dependence up on God the Father, seeking guidance and strength through continual prayer, trusting God and listening to His leading and being humbly obedient–“Not My will, but Yours.”

The apostle Paul lived his life by the same principle by patterning his life after the example of Christ.

As we examine a selection from Paul’s second letter to the Christians at Corinth—(one of the most biographical of all Paul’s letters) …. We will gain insight into Paul’s own experiences as an imitator of Christ and of His ministry.

“But thanks be to God, who in Christ always leads us in triumphal procession, and through us spreads the fragrance of the knowledge of him everywhere.” (2 Corinthians 2:14)

In this verse, we find the first three marks of authentic Christianity embedded.

The first mark is found in the very first phrase: “Thank God.”

One unmistakable mark of radical Christianity is a spirit of thankfulness even amidst trial and difficulty. Authentic Christians operate by a belief in God’s grace, love and ultimate control. You can see the unquenchable optimism of authentic Christianity clearly in the Book of Acts where a note of triumph runs right through from beginning to end despite all the dangers, hardships, persecutions, pressures, and perils that the early Christians experienced.

Note how strongly Paul puts it: Jesus “continues to lead us along” in triumph.

The apostle makes it perfectly clear that the Christianity he has experienced presents a pattern of stable success. It never involves failure but invariably achieves its goals. In the life of an authentic Christian every obstacle becomes an opportunity. Success is inevitable.

“I want you to know, brothers, that what has happened to me has really served to advance the gospel,” (Philippians 1:12)

“so that it has become known throughout the whole imperial guard[a] and to all the rest that my imprisonment is for Christ.” (Philippians 1:13)

He says, “Because of my chains, most of the brothers in the Lord have been encouraged to speak the word of God more courageously and fearlessly” (Philippians 1:14, emphasis added).

God tells us that our lives should be spent giving off a fragrance, a perfume, a pleasing bouquet–not only to other people but to God.

There is something about authentic Christianity that leaves an unforgettable impression when it is encountered. As Paul suggests, the impact may be in one of two directions. He either increases opposition to Christ or he leads toward faith and life. If your life is one that reflects radical, authentic Christianity, then you are making people either bitter or better by contact with you.

But one thing cannot happen: people will never remain the same.

It has great application to pastors and others in the ministry, but its primary reference is to common, ordinary Christians who have learned the secret of authentic Christianity.

Our integrity as authentic Christians is characterized by four qualities according to this passage.

First quality: we speak “with sincerity.”

In other words, we are to be honest people. We must mean what we say.

Second quality: Paul says we are “sent from God”

This speaks of our purpose as authentic Christians. We are purposeful people with an end in view, an object to attain, a goal to accomplish and we do not merely preach or witness as though that were a goal in itself.

Third quality: Paul says we do all this “before God”

This indicates an attitude of transparency and openness to investigation. To walk in the sight of God requires total honesty with Him and with ourselves because nothing can be hidden from God’s sight. Everything is evaluated and tested by the purity, knowledge and wisdom of God …..and when sins are committed we confess and we repent before God.

Fourth and final quality: we speak “in Christ.”

What quality does that indicate? Authority!

“Therefore, we are ambassadors for Christ, God making his appeal through us. We implore you on behalf of Christ, be reconciled to God.” (2 Corinthians 5:20)

We speak words and deliver messages that heaven honours. All of these qualities add up to unimpeachable integrity. People of sincerity, purpose, transparency, and authority are utterly trustworthy. Their word is their bond, and they can be counted on to come through.

These are the four unmistakable signs of genuine Christianity:

They are always present whenever the real thing is being manifested. Mere religion tries to imitate these marks but is never quite able to pull it off.

Only Jesus can bring these changes in us.

This sermon was preached by Pastor Elio Marrocco at New Life Christian Church in Woodbridge, Vaughan, Ontario on September 20, 2015.