Follow Jesus in a Modern World Series: Dealing with Doubt 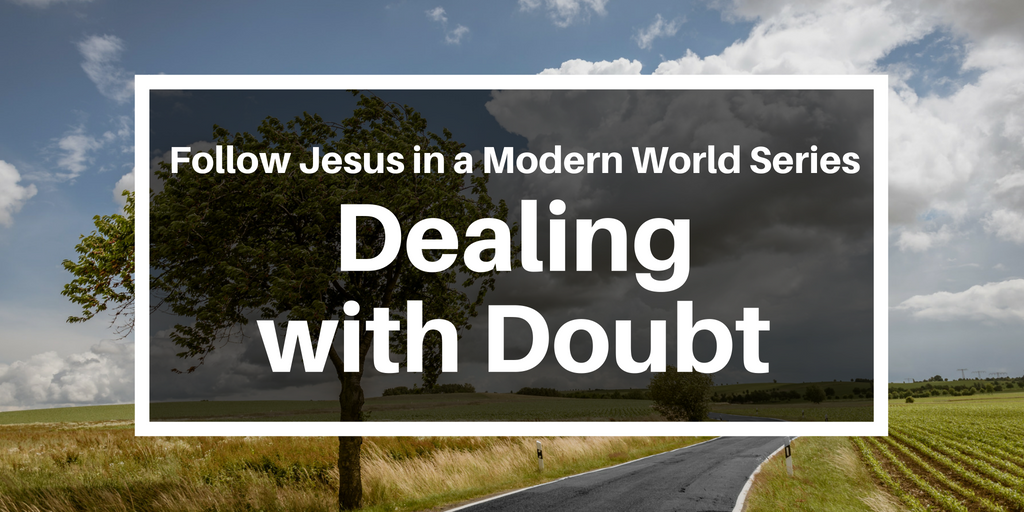 You can listen to the audio from this message here

We have all had doubts because things happen in life that do not always make sense. We ask ‘Where is God in this? Why would he make this happen? Doubt comes to everyone of us!

Let’s see what happened with John and how Jesus dealt with it.

John was a man of national prominence, a prophet of God living in the desert (Luke 1:80). Until John there had been 400 years of silence from God. Any Hebrew familiar with his Old Testament could have expected the ministry of John as a preliminary measure in the divine plan, paving the way for the appearance of the Messiah. Seven hundred years before the birth of Jesus, the prophet Isaiah spoke of John as the voice shouting in the desert (Isaiah 40:3). Malachi 3:1 also spoke of John as the messenger who will prepare the way.

John recognized his mission was to prepare the way for Jesus the Messiah.

When tragedy hits we can easily interpret God in the light of the tragedy. John must have been thinking, why didn’t Jesus free me?

When doubt comes to your mind don’t panic. Cry out to God!

John was asking for confirmation not information. So he said to his disciples to go and ask Jesus “Are you the Messiah?”

Jesus understood what John was going through. Jesus validated and affirmed John. He told the people John was the greatest of the prophets – direct forerunner of the Messiah (Matt. 11:11). Jesus wanted John to faith in Him.

How did Jesus deal with doubt?

Matthew 6:33, ‘Seek the Kingdom of God above all else, and live righteously, and he will give you everything you need.’ This helps to get things clear in our mind.

2 – Jesus Brought John Back to the Scriptures

In hard times we need God’s Word. God’s Word feeds our spirit as we reflect on His promises in His Word. Like the apostle Peter said, “stir your memories…” keep God’s Word in mind.

In Luke 24 there is a story of two disciples on the way to Emmaus. They were talking about the crucifixion and death of Jesus, and did not believe that the resurrection had occurred. They were doubting. As Jesus joined them in their travels incognito, Jesus asked them ‘have you not read the scriptures?’ Then He went on to explain the scriptures to them. As Jesus spoke to them, His ‘Word’ warmed their hearts (Luke 24:25-27). We resolve doubt by reminding ourselves of God’s promises in His Word.

Jesus is sovereign. He has the whole world in His hands. Was John a weak reed, swayed by every breath of wind? No, he wasn’t!

Different winds that we will face:

Maybe you are facing the wind of adversity – God wants to strengthen you.

2 – The wind of temptation

Enticement to get us to do the wrong thing – God wants to deliver you.

3 – The wind of compromise

John was not a reed blown in the wind. John stood his ground.

God loves you and He has a plan for you. Listen to His voice. Don’t face life alone. God is with you. He will give you the strength to go through whatever has come your way right now.

This sermon was preached by Pastor Elio Marrocco on July 29, 2018 at New Life Christian Church