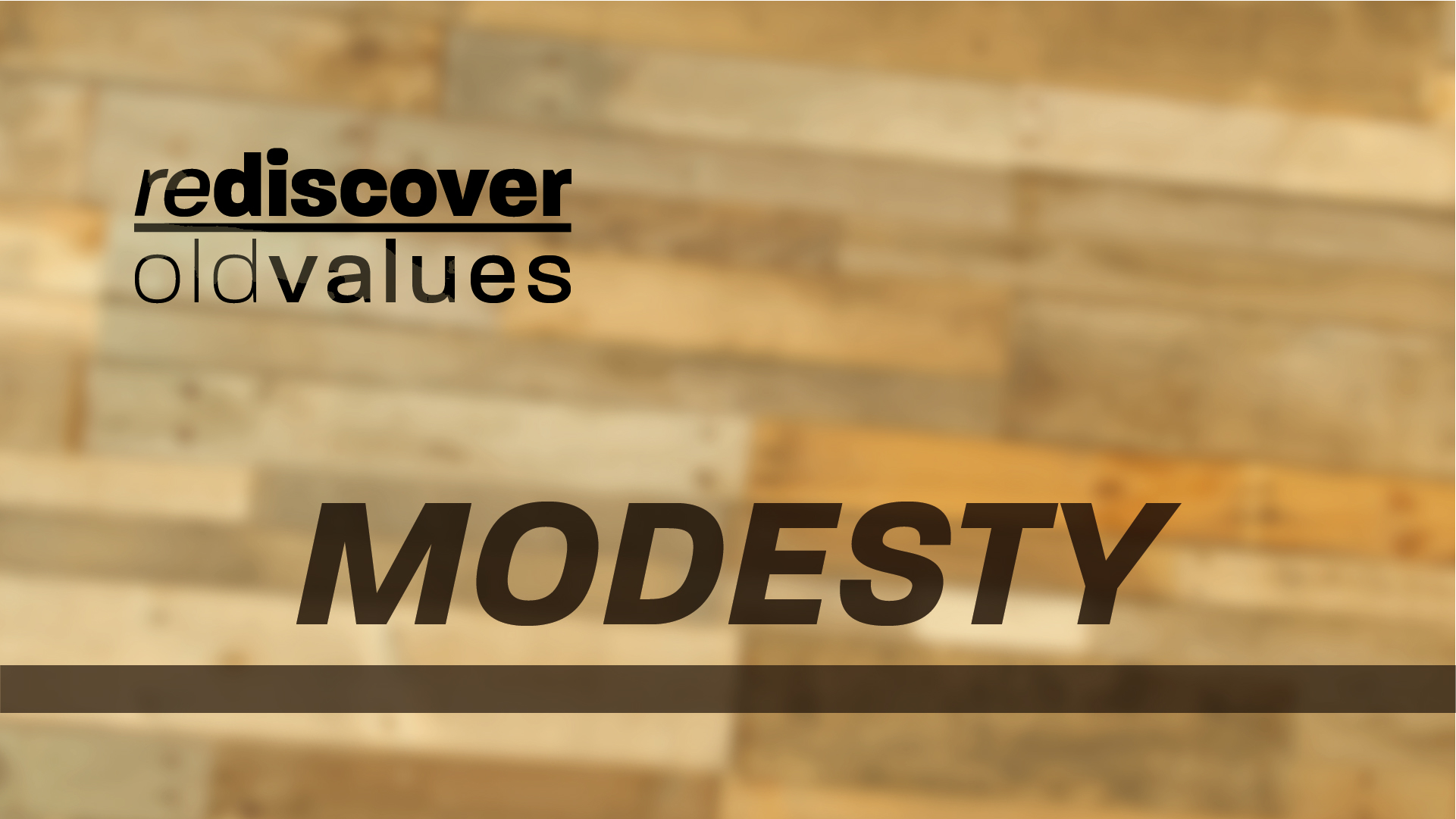 Aim: To help people understand the value of modesty

Today I want to focus on modesty in a secular world. One of the ongoing challenges for as Christians is to, as Jesus said, “… be in the world but not of the world.”

This is not always easy to do, as we tend to underestimate:

The enemy wants to limit our potential. He does this by slowly eroding biblical values and principles from our lives. To avoid this, we cannot let the world influence the things that are important, because there will be negative consequences. This is why we need modesty.

Due to negative experiences and tension surrounding modesty, a lot of us don’t even want to discuss it, but it is a subject matter that every generation has to tackle. Lot’s of people would agree that when it comes to modesty, our current society has crossed a line that’s never been crossed before. Researchers are calling it the sexualization of our culture.

Francis Shaffer, a Christian Philosopher and student of cultures said, “Morality itself has been turned on its head with every form of moral perversion being praised and glorified in the media and the world of entertainment.”

Today we are seeing an increase in the sexualization of children. This is being caused and encouraged by many influences, including advertising, media, peer pressure, accommodating parents, and early exposure to inappropriate contexts online. Children are experiencing shortened childhoods.

How are we, as Christians, supposed to respond to this? We don’t want to overreact, or make the same mistakes previous generations have made. We all want our kids to be accepted socially.

One of the reasons this subject has been so difficult, is because for years we have centred the issue of modesty around questions like:

“Modesty is an attitude of propriety and decency in dress, grooming, language, and behaviour. If we are modest, we do not draw undue attention to ourselves. Instead, we seek to ‘glorify God in [our] body, and in [our] spirit’” (1 Cor. 6:20).

“Propriety is the ‘state of being proper or suitable.’ To be modest is to be proper and appropriate in dress, grooming, language, and all behaviours.”

Why does Paul mention modesty in Scripture when it can so easily become legalistic? It is because God, in His love for us, says we need to be aware of certain issues regarding modesty. Otherwise, ignorance in this area can have devastating eternal consequences.

There are at least three factors I believe are behind God’s heart in this issue.

There is a direct relationship between immodesty and broken lives. See 1 Cor. 6:18-20, Prov. 4:23. God wants to protect us from the things that harm us.

God has given us a spirit of discipline so that we can control what we see and what we think. By His grace, and by His power, we can flee temptation and remain pure before God. See Gal. 5:15-18.

If we ignore the Word of God, we ignore it to our own detriment.

Many of us know the story of King David how he fell in sin. How could all of that have been prevented?

I believe Paul is saying, let us help each other in the area of prevention. That doesn’t mean you can’t dress attractively, that’s not what he’s saying. But watch out when you dress to get attention.

The way we dress is a reflection of who we are on the inside, but it is not our identity.

God made every person unique. You are a treasured child of the Most High God. That is your identity! That is who you are! Don’t cheapen yourself. Don’t reduce yourself to less than who God made you to be.

The modesty guideline grows out of love in the heart of God for us.

I want to challenge everyone to take three risks in the area of modesty:

1) Go against the flow of this culture

“Do not love the world or anything in the world. If anyone loves the world, the love of the Father is not in him… The world and its desires pass away, but the man who does the will of God lives forever” 1 Jn. 2:15, 1 Jn. 2:17

We want to stand for Godly values because we know the devastation immorality is causing in our society.

Daniel took a stand and I want to encourage you to take a stand in this area of modesty.

2) Talk about the subject

The Bible calls us to the value of modesty, but it doesn’t give us a bunch of rigid rules about how to dress. The reason for this is because it’s different in every culture and in different times. Modesty is something that every family in each generation has to wrestle with.

3) Find your identity in Jesus Christ

You are loved. You are treasured. You matter. God is crazy about you.

Finding our self-worth in Jesus will encourage us to pursue modesty, so that we will not fall trap to the enemy’s schemes.

This sermon was preached by Pastor Elio Marrocco on February 2, 2020 at New Life Christian Church