What Evil Has He Done? 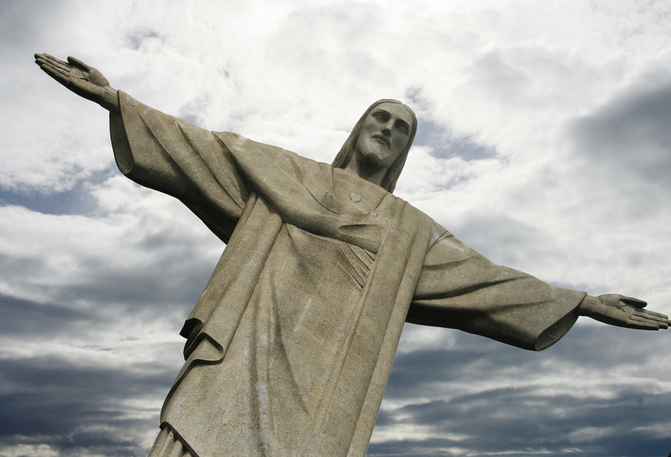 Jesus was spotless and pure in His character.

When Jesus walked on this earth, there was something about Him that no one has ever seen before.

He is a true original and unique in every way. Jesus Christ is the sinless One.

There have been many remarkable personalities in the history of the world:

But in the realm of moral excellence, the supreme example that this world has ever known, has to be the Lord Jesus Christ.

If you were to do a serious study of Christology, you would have to study:

At this time we will deal with His Sinlessness.

The angel said to Mary:

“The Holy Spirit will come upon you, and the power of the Most High will overshadow you. So the baby to be born will be holy, and he will be called the Son of God.” (Luke 1:35)

Jesus as He moved toward Calvary said:

“I don’t have much more time to talk to you, because the ruler of this world approaches. He has no power/hold over me…” (John 14:30)

The devil had no claim. He could bring no charge against Jesus.

Who else in all the history of the human race could make such a statement, but Jesus!

Pilate asked the question in our text:

“Why?” Pilate demanded. “What crime has he committed?” But the mob roared even louder, “Crucify him!” (verse 23)

Pilate had already examined Jesus, and had come out with his verdict: “I find no fault in this man.”

Pilate’s wife had come to him, pleading with him,

“Leave that innocent man alone. I suffered through a terrible nightmare about him last night.” (verse 19)

But the crowd, the mob, incited by the priest cried for Jesus to be crucified.

Pilate knew: “It was out of envy that they had handed Jesus over to him.”

But Jesus was innocent – what crime had He committed?

The crowd, the chief priest had accused Jesus of blasphemy. But blasphemy was not a capital crime in Pilate’s court. And so they had to come up with other charges against Jesus:

Of course, Pilate knew a revolutionary when he saw one. This just didn’t stick with Jesus, therefore the question:

“What crime has he committed?”

There are seven capital, cardinal sins:

Which of these did Jesus commit?

Pride: was Jesus guilty of that?

“…he humbled himself in obedience to God and died a criminal’s death on a cross.” (Philippians 2:8)

He stepped down from the throne of glory: “… being made in human likeness.” Surely the sin of pride cannot be layed at this door!

Anger – this is when you respond with hot words at a situation that irritates you.

“He did not retaliate when he was insulted, nor threaten revenge when he suffered …” (1 Peter 2:23)

Envy – desiring the spotlight, and resenting others for upstaging you.

And he taught his disciples:

“Love your enemy,” “do good to them that despitefully use you and persecute you”.

“But I say, anyone who even looks at a woman with lust has already committed adultery with her in his heart”. (Matthew 5:28)

Gluttony – The sin of undisciplined life – where you are mastered by your physical appetite.

Jesus pointed out to a rich farmer and called him a fool for living for the things of this world, and was not rich toward God.

“I must be about my father’s while it is day”.

He was constantly going about doing good and seizing opportunities.

Avarice – this is love of money, love of material things. Graving for more and more.

Jesus who said: “Take no thought for tomorrow”. “A man’s life does not consist in the abundance of things he possesses”.

Pilate asked the question: “What crime has he committed?”

At the temptation Jesus had to decide for

And He won. Satan was defeated. Jesus never failed. He was the sinless, purest, Holy Son of God.

This is why He can save us!

I can give my whole to Him. He is worthy of all praise and honour.

Here are a few people in the Bible who knew Him well:

Mary Magdalene: She had been possessed of seven demons. Mary was a poor, bruised remnant of a woman, until Jesus found her and set her free and cleansed her heart and her conscience. She would say – He did nothing but good! He lifted me from my darkness and my bondage.

Meaning so well and yet so short on will power and accomplishing very little. This young man who could talk so well, yet who failed so pathetically.

Peter, tells us – what crime has he committed?

Demoniac of Gadara: This man was suffering so much under the cruelty of satan. Now he stands tall, well dressed, back with his family and worshipping God with a glad heart.

Zaccheus: He was a money grabbing man and yet hurting on the inside, tired of living with the person he had become.

“I was surprised he knew my name. He came into my home and my heart, Jesus did me nothing but good.”

Nicodemus: He had power, education, position, social status, admiration of the public. He had everything except peace with God. He had Church, religion, ritual, prayers, long robes, a PhD.

“What crime has he committed?”

“One evening I talked to him – He told me I must be born again – He was talking about spiritual birth. He gave me light, truth, instruction I had not found in all my study.”

He has done me nothing but good.

This sermon was preached by Pastor Elio Marrocco at New Life Christian Church in Woodbridge, Vaughan, just north of Toronto.

One Response to "What Evil Has He Done?"