Words Series – Ten Ways We Can Sin With Our Tongue 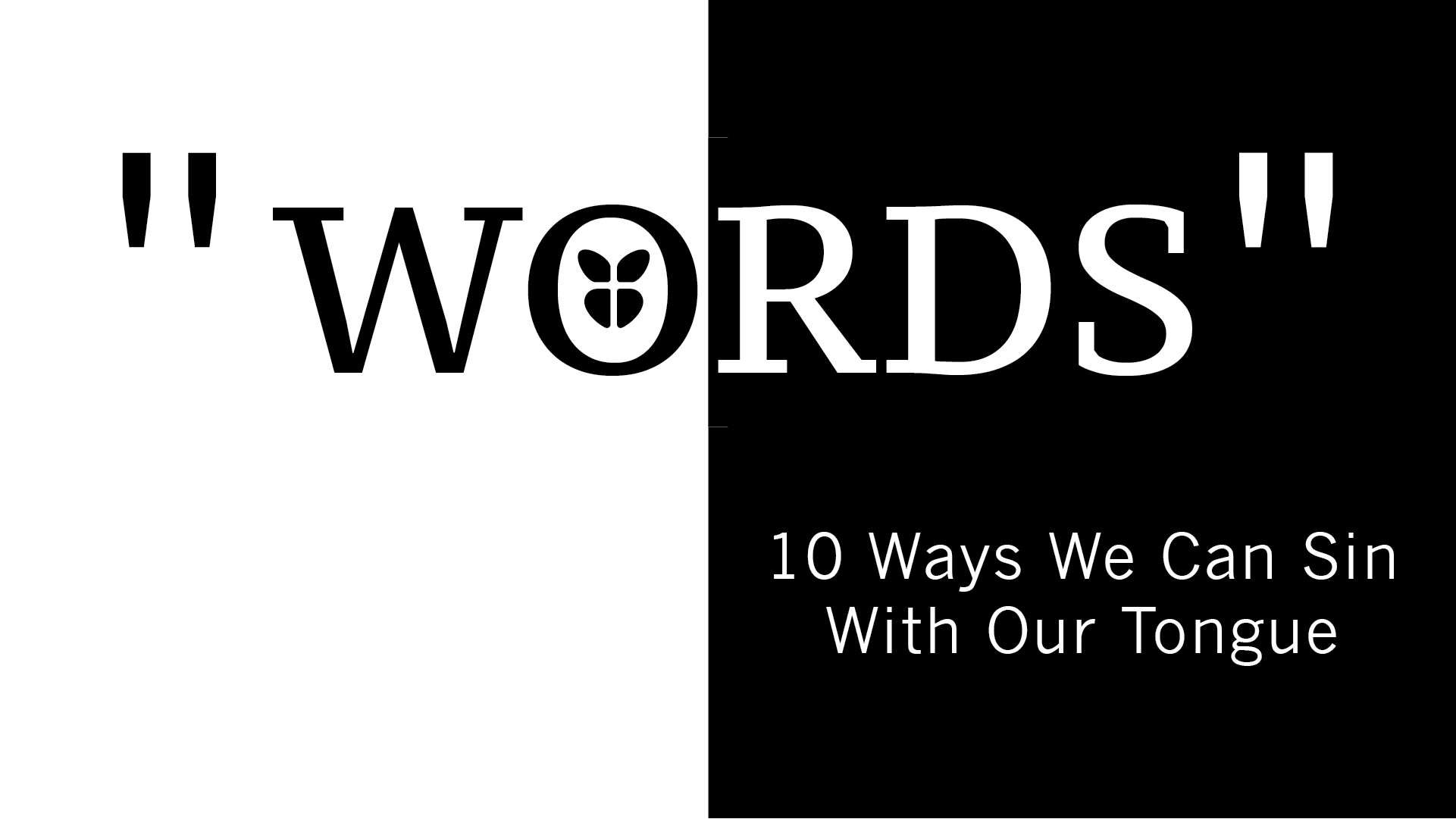 “Ten Ways We Can Sin With Our Tongue”

Read Proverbs 18:21. Today we will deal with ten ways we can produce death in us, rather than life. Isaiah 59:1-3 tells us, there is nothing wrong with God, but our sins separate us from Him. What we have done and said can separate us from God. It is very important to understand how words affect our lives.

Here are ten ways we sin with our tongues:

Lying is a sin we commit with our mouth. Proverbs 6:16-19 tells us, there are seven things the Lord detests, of which, a lying tongue and a false witness who pours out lies are two. The Lord hates these things because they hurt people, and God loves people. The word DETEST comes from the word, in which we get idolatry. Here is what God is saying:

The reason lying is detestable to God, is because it is opposite to His nature. God doesn’t just speak truth, He is truth. To speak untruths is to speak completely against God’s nature. Lying can become a stronghold. Some people will keep lying and lying until it becomes natural to them.

A good remedy to overcome strongholds is to become accountable and correctable.

Proverbs 6:12-15 says, worthless and wicked people plot evil and constantly stir up trouble. Because perversity is in his heart, it comes out of his mouth. Jesus said, “Out of the abundance of the heart the mouth speaks.” People who sow discord will reap disaster, tragedy.

This is “spreading intimate or private rumours or facts, with the intent to cause harm.” We should not be spreading rumours with the intent to hurt another person. Proverbs 20:19 ‘A gossip goes around telling secrets, so don’t hang around with chatterers.’ Note, how we disguise gossip in the Church; we say things like, “I am going to tell you something, but I’m going to tell you so that you can pray about it.”

Are you really burdened about that person you are talking about? Is your heart broken about this person? God’s heart is broken, about that person! Don’t get excited when you hear the words: ‘Did you hear?’ Get into the habit of not listening to gossip or spreading gossip!

This is a false and malicious report about someone. Never report what you heard from someone about someone else. Be careful – not all that you read on the internet is true! Slander is deadly.

Let us stop giving negative reports. We want New Life to be known as a Church that has gracious speech.

‘A gossip goes around telling secrets, but those who are trustworthy can keep a confidence.’

The Church should be the safest place to open up to others. The Church ought to be a haven for hurting people. James 5 says, to confess our faults to one another that we may be healed. And these ought not to be spread all over the world.

Most times when a person curses, there is a root of bitterness with it. We are to bless others, not curse them. When we curse, we are speaking negative of someone or something. A person who curses is not blessed. Psalm 109:17-18 says,

‘He loved to curse others; now you curse him… Cursing is as natural to him as his clothing, or the water he drinks, or the rich food he eats.’

Some believers use manipulation when they say: ‘God told me this.’ How do you argue with that? The Bible says in Jeremiah, don’t say the Lord said when He hasn’t said. Don’t use God’s name to manipulate or get your way. That is blasphemy and it is a sin.

Colossians 3:8 tells us to get rid of dirty language. When filthy language comes out of our mouth it is because it is already in the heart! If you struggle with lusts, telling filthy jokes can stir lust, so don’t do it.

There are people who just love to argue and have a contentious spirit. Contentious = always arguing, antagonist, looking for a fight! No one wants to be around people who are always quarrelling, arguing, or have to always win an argument.

Unbelief is a sin we commit with our mouths. If it is in our heart, then it will come out of our mouth. It usually comes in the form of negativity. Negative words are words of unbelief. Speak words that build up and not words that tear down, Hebrews 3:12-13.

The Bible says, The 12 spies who were sent to scout the Promised Land – when they returned 10 gave a negative report, which the Bible called unbelief. Two of them gave a positive report, the Bible calls that faith.

Faith is not denying the facts; faith is stating the truth. Joshua and Caleb never said there were no giants in the Promised Land – they said our God is bigger! Faith never denies reality! Our mouth must line up with God’s words and promises!

“Holy Spirit what are you saying to me through this message?”

This sermon was preached by Pastor Elio Marrocco on March 24, 2019 at New Life Christian Church